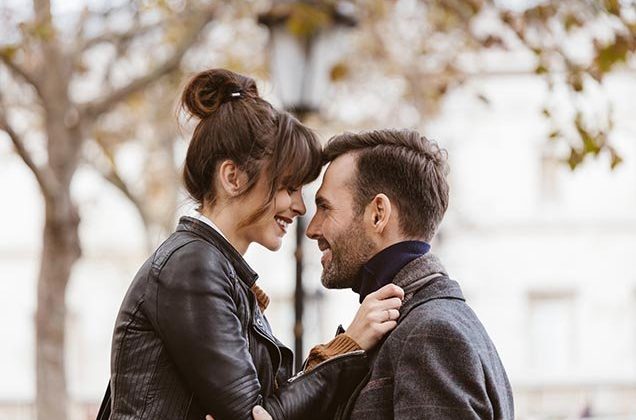 5 signs you’re attracted to someone

The human heart isn’t always in sync with the brain. You may think you aren’t attracted to someone but your unconscious behaviours tell a different story.

Sometimes, when you meet a new person, you might have feelings that aren’t quite the opposite of attraction, but you can’t quite put you finger on what it is. They might seem dull or uninteresting, or you might critically focus on what they’re wearing or how they speak. You could come away from that first meeting feeling as though the person had an effect on you but, because it wasn’t an instant and obvious attraction, you dismiss the match. The truth is that often people grow on us, and even though you may not consciously think that you’re attracted to someone, you could be missing unconscious signs that you are.

1. You act differently when they are around

This is often the case with colleagues, or people we encounter in our daily lives that we don’t actively choose to meet with. You’ll act perfectly normally with everyone else, but when they walk by you ‘feel’ different. You might become more self-conscious, blush or avert your eyes. It feels like your nerves have become super-sensitive, and if they were to touch you in any way your knees would go weak. You might become clumsy or inept, maybe tripping over, dropping things or becoming suddenly inarticulate. If you’re attracted to someone, any or all of these physiological responses may occur – it’s our primal instincts responding to a prospective mate.

If you’re attracted to someone, you might find yourself talking and thinking about that person a lot. You might be very aware of where they’ll be at certain times in the day and accidentally-on-purpose be in the same vicinity. You’ll find that you want to talk about them with your friends, asking their opinion or gossiping with them. Even if you’re talking about the things you don’t like about them, they’re still getting your attention. If they’re the first thing you think about when you wake up in the morning and the last thing you think about when you go to bed at night, you know you’ve got it bad.

3. You want to be where they are and if they aren’t there you feel disappointed

You might think that you aren’t attracted to someone, but how do you feel if they aren’t where you thought they’d be? If it’s a colleague and they’re off work, does your enthusiasm for the job diminish? If it’s someone you’ve been on a date with, how do you feel if they don’t call or they say that they don’t want to see you again? It’s often not until then that you realise how attracted to them you really were.

4. You analyse every interaction

When you’re attracted to someone, every text conversation, email or casual glance can take on enormous significance. You may re-read things, looking for signs of their feelings, or replay moments over and over again in your head. The few moments you actually spend in their company may stay with you for days and become the basis for your daydreams and fantasies. This can also be true of someone who you think you don’t like; they get under your skin somehow and, even though the repetitive thoughts may be negative, they’re still analysed in depth. Many a good love story is based on two people initially disliking each other but eventually falling in love. The opposite of love isn’t hate – they’re different sides of the same coin – the opposite of love is indifference.

5. You start taking more care of your appearance

You might have spent years lounging around in tracksuit bottoms, avoiding the gym and only doing the basics of self-care, but suddenly you’re really looking in the mirror. You want to look good, smell nice and generally be attractive. Again, this is one of those base human instincts that can start taking over without you consciously realising it. Before long your friends and family will probably start commenting on how good you’re looking these days! We’re all attracted to different people for different reasons but not all of them will be compatible with us and make good partners. Knowing how to spot the signs of attraction in yourself can help you make conscious, healthy choices rather than unhealthy unconscious ones.