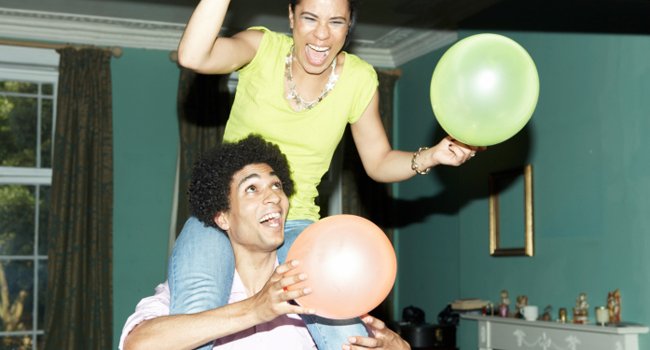 Don't worry; being great girlfriend material is not about looking good and laughing at all his jokes. Men, like women, are looking for substance in their relationships.

Although every man will have his own unique criteria when it comes to deciding if someone would make good girlfriend material there are some characteristics that men across the board say they want in a relationship. They’re not limited by your age or body shape but many women may not be aware of what they are so here’s our top 10.

Men are generally attracted to women who are comfortable with themselves. When you say you feel fat or ugly a man can feel hurt if he thinks you’re beautiful – especially if he is trying to give you a compliment.

If a woman shows that she appreciates the little things that a man does, it encourages him to do more. Always try to remember to tell him you’ve noticed and appreciate the things he does, big and small.

Men hate mind games and being made to second guess what women want. He will see you as great girlfriend material if you’re clear and upfront about what you’re asking of him, what you need and the things that you want to do.

Although men love to feel that they are needed and make a difference in their girlfriend’s life they also want to feel she has other interests outside the relationship because then he can too. A girlfriend who is too dependent can quickly smother a man’s affections.

Relationships are all about respect, and a good girlfriend and boyfriend will respect each other and take each other’s wants and needs into consideration.

Men are not unique in their desire for approval but when it comes to intimate relationships it can help your relationship if you communicate your wants and needs through approval and positive reinforcement, rather than criticism. Everyone gets frustrated sometimes, but if you can tell him what he does well then he’ll want to do more. When you criticise him you’re withdrawing approval and, in some cases, it can seriously undermine his desire to contribute to the relationship if he feels he can never please you.

It might sound old-fashioned but some men will look for girlfriends who helps them feel like strong and capable men. And we’re not just talking about in the bedroom. You don’t need to start saying that they’re the best lover you’ve ever had (unless it’s true) but paying your boyfriend a compliment when they do impress you will only encourage him to do better.

The debate around who should pay for dates is still ongoing but the best relationships are built on equality, with neither party taking advantage of the other’s generosity.

Men are generally attracted to women who make them feel good about themselves and for that to happen a woman needs to be open and demonstrative with her feelings. Positive body language, smiling, laughing and words of appreciation will help a man see the potential in a relationship.

Remember sexy is an attitude not a body shape or outfit. The animal instinct in a man responds to the sensual and sexual energy you exude and what he is (often unconsciously) looking for is a woman who responds to him in a positive way because it makes him feel desirable.